"It’s exciting to be a part of a new business that Linklaters partners and practices are backing to the hilt.” – Martin Laing on returning to Linklaters and the opportunity for Re:link

Linklaters alumnus Martin Laing re-joined the firm earlier this year to lead lawyer relationship activities at Re:link, the firm’s new contract lawyer platform. Martin started his legal career as a private equity lawyer at Webber Wentzel, Linklaters’ alliance partner in South Africa, before joining the Corporate team at Linklaters. We spoke to him about the close bond between the two firms, his career path after Linklaters, and his ambitions for Re:link.

“My father was a lawyer in a small town in the Eastern Cape and the truth is that I was always likely to follow him in to the legal profession at some stage,” Martin Laing reflects. “Again like Dad, I went to Stellenbosch University and after I’d done my LLB, I went off to  Germany for a while, where I made life-long friends. But I had always kept in touch with Webber Wentzel throughout my university days; it was the only firm I ever wanted to work for.”

Beginning with Webbers in 2001, Martin was embarking on his career at a fascinating point of the development of the new South Africa. “I loved my time at Webbers,” he recalls. “Jo’burg was such a dynamic place to be; in my own practice area, this was the early days of private equity in South Africa. Black economic empowerment was also right at the top of the agenda and many of the biggest companies in South Africa were working out how to advance it.”

“Webbers were at the forefront of that drive, and I found myself doing a lot of work for clients such as Kagiso Trust and Umsobomvu, the flagship youth social enterprise fund, and helping to put together their programmes almost from scratch,” Martin explains. “It was incredibly satisfying to feel that you were actually contributing to the nation. I’ve been away from South Africa for a number of years now but I still hear of that same spirit of enterprise and teamwork at Webbers and across the country.”

A secondment to London would ultimately lead to the next phase of Martin’s career. “Webbers and Linklaters had always been close since before I ever started in the law,” he observes. “There were a lot of shared clients. Although it wasn’t any sort of long-term strategy on my part, the opportunity to join Linklaters came up a few months later. It was a chance I couldn’t refuse.”

It was an eye-opening learning curve. “The scale and complexity of the deals were huge” Martin says. “Culturally, it was a great fit for me – the same kind of people as I had been used to at Webbers, a lot of hard work and some interesting and massive transactions to work on, such as the Sual-Rusal-Glencore merger, which saw me spending plenty of time in Moscow.”

After two years of such transactional bounty, the global economic meltdown of 2008 was a reality check. “It was a strange time to be a lawyer,” he remembers. “At the time I was working on a deal with an Icelandic bank. None of us knew what was going to happen next. I was already asking myself about future career options, thinking about what made me tick and what I wanted to do with myself in the long-term and I had reached the conclusion that it no longer involved private practice. The crisis was the catalyst that I needed for me to move on to the next challenge.”

Martin had harboured an ambition for some time to study for an MBA and he now took the opportunity to fulfil it at the Cranfield School of Management. “That changed my life in more than one way,” he says. “I met the wonderful woman who became my wife and I had my eyes opened to the global education sector in particular. I could see how much it was changing and expanding and I could also work out that universities were scrambling to meet the new challenges that they were facing, such as the rapid “customisation” of students demanding value for the high tuition fees they were now required to pay.”

With that in mind, Martin promptly joined the School of Law at King’s College London as Director of Academic Strategy and spent the next few years involved in a wide range of projects that had been facilitated by a £20 million gift from Dickson Poon, the noted Hong Kong businessman. “It was a major donation by academic standards and transformative for the university.”

The realisation ultimately came to Martin that law firms were what he enjoyed most and when he left King’s he did so to join Ashurst as senior executive officer to the Managing Partner. “I enjoyed my time working at Ashurst, at a time when the merger between Ashurst and Blake Dawson was still relatively new and it was another interesting experience,” “Martin says. “Ashurst is a fine firm, and it was a good place to re-enter the legal profession.”

Earlier this year, however, the opportunity to re-join Linklaters as the Lawyer Relationship Manager for the firm’s new Re:link platform was too good for Martin to resist. Re:link places top quality contract lawyers on short-term assignments with the firm’s clients or internally in practice groups and, as Martin admits, is precisely the sort of programme that might have interested him in his own practising days. “It’s the way of the future,” he comments.“Re:link has three wings, essentially, recruiting contract lawyers of the highest quality, building that community of lawyers and offering resourcing solutions to the firm’s clients and practices. My world is the second of those, managing their relationships with the firm and matching them to the right opportunities, ensuring that they are a true part of the Linklaters community, properly joined up with and supported by our practices. Re:link offers a premium service, of course, and already our client feedback has been exceptionally receptive to the idea.”

Martin’s ambitions for now revolve entirely around helping to make Re:link the success that it should be. “We only launched in May but we’re already seeing the opportunities that are out there for this type of lawyering,” he says. “My guess is that we’ve only seen the tip of the iceberg. It’s so exciting to be a part of a new business that Linklaters partners and practices are backing to the hilt.”

This is an abridged version of the interview with Martin that first appeared in the Linklaters Alumni newsletter. 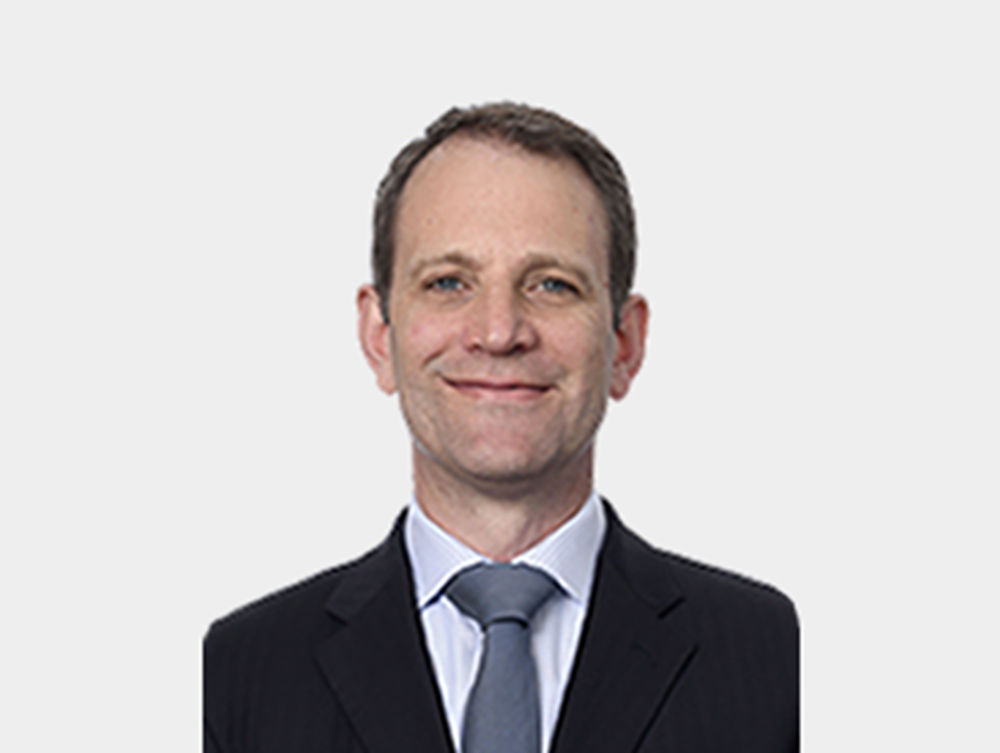