The year was 1976 and Hiro Shimizu, speaking only Japanese, was about to land at Heathrow Airport for the first time and to embark on a connection with Britain that endures to the present day. “My father was sent over from Japan by his company and as you can imagine, it was quite tough for me to get up to speed with the language quickly enough to be able to take my O levels two years after I arrived and my A Levels another two years on,” Hiro reflects.

Hiro achieved this remarkable feat, however, and when he subsequently moved on to university in Britain it was to study law. “Like a lot of teenagers, including my own son today, I wasn’t all that sure what I wanted to do for a career,” Hiro admits. “So I consulted my Dad and his advice was that if I had no particularly strong feelings about my future to give either law or accountancy a try. I wasn’t particularly good with numbers so that made the choice pretty easy. Law was something I never considered before – if I had my time again, I would have approached learning it differently.”

Despite these reservations, Hiro would become one of the first Japanese ever to qualify as a solicitor in England. “My father’s company used what was then called Lovell White & King, now Hogan Lovells, as its legal advisors and Dad himself always said that they were very good,” Hiro explains. “He was right as well – it was an excellent place to learn my trade, particularly for someone who at the time knew so little about the legal world. It was an enormously traditional firm with tightly-knit partners and with high quality domestic work but not so much international finance work at that time.”
Hiro started to get a feel for the law firms that would best enable him to leverage his unique background as his career progressed; foremost among them was Linklaters, where Hiro would move after completing his stint as an articled clerk. “Linklaters had such a strong brand, particularly when it came to Japanese bond warrants deals,” he says. “John Edwards was probably the number one guy in that field and he had a lot to do with my arrival at the firm in 1988, although I actually started by doing funds and corporate work as part of a group that included legends like Len Berkowitz, Tim Shipton, David Cheyne and Anthony Cann.”

A move to capital markets would soon follow, where Hiro found himself learning from another group of partners with names that ring down the ages. “Andrew Carmichael was a huge influence on me,” he observes. “I probably worked with him the most and I learned from him how important it was to be practical and to see the wood from the trees. Lawyers tend towards pages of precedents in some places – I learnt from Andrew the importance of identifying and addressing the real-life key risks rather than to dwell on merely theoretical or peripheral details. That was advice which has served me well till this day as I advise banking clients who always want you to get to the point in the shortest possible manner! Terence Kyle was another mentor, a very different character, of course, who could be absolutely terrifying, but great to learn leadership from, and Malcolm Campbell is maybe not a partner you hear so much about these days but he was the one who kept the brilliant capital markets manual at Linklaters, a survival kit for junior lawyers – though we did joke that he should put a sign on his door saying “HAVE-YOU-CHECKED-THE-MANUAL?!”, as every time we went to ask Malcolm a question, that’s what he would say!”

Hiro was a natural choice to be posted to Linklaters’ relatively new Tokyo office and he duly made the move back to Japanese soil in 1991, joining luminaries such as Tony Grundy, James Croock and Jeremy Parr. “It was two years of expat life, really, and I enjoyed them,” Hiro says. “I look back on my entire time at Linklaters with enormous gratitude. The skills that I acquired there over the course of five years became my main asset and calling card over the rest of my career. However, I also realised that my aptitude lay elsewhere and that I wasn’t in all honesty private practice partner material. Being in a more commercial environment and making risk-based judgements were my area of strength and I was now keen to test myself in the in-house world.”

So it was that Hiro joined Goldman Sachs, leading to a period of 17 years during which Tokyo once again became his primary home, although he remained a regular visitor to the City of London. “In-house life played to my strengths – I was a fish in water,” Hiro reflects. “I had a much greater sense of freedom and the feeling of relief that I was part of a culture which was much more results-driven, valued exchange of ideas over forensic precision, practical over theoretical and appreciated someone pulling different parts of the firm together to bring the transaction over the line. There were different pressures, of course, mainly time-related, but I enjoyed them.”

By the time Hiro arrived at JP Morgan in 2002, he had switched from being a legal transactional advisor to a role as a corporate finance and client coverage banker. “When you’re at an investment bank, lawyers tend to be seen as supporters, rather transactional principals, and I wanted the chance to get as deeply involved in the deals as possible,” Hiro explains. “The JP Morgan experience was a fabulous one for me; even when the global economic crunch happened, we were the beneficiaries of the demise or decline of some of our rivals with higher exposure to investment banking and we were kept very busy. It was a time when I think we learned not to put all your eggs into one basket.”

After 30 years of legal and banking transactional work, Hiro felt that he had earned a slightly more flexible pattern to his working life by 2018. Seven years earlier, he had returned to live permanently in Britain, initially heading up the legal team supporting JP Morgan’s custody, clearing and funds services businesses and then co-heading the ECM legal team: “I had enjoyed Tokyo but I also missed the UK and it felt a little mono-cultural. I always intended my kids to be educated in the UK but the question was when,” he says. “Purely from the work point of view, it made more sense to stay in Japan but I recalled the great times I had as a teenager in Britain - such as the memorable introduction of a “chip butty” as one of my first meals! - and in all honesty the only reason why a firm like Linklaters gave me a chance was because at that time I was the only native Japanese English–qualified solicitor who was truly multi-cultural. I made up my mind that the earlier my children were exposed to Britain, the more authentic the experience they would get, and if they’re lucky, the added benefit of having an opportunity to find something unique to do here, in Japan or elsewhere.”

“Consultancy seemed to me to be the ideal way of continuing with my career,” Hiro goes on. “The idea is to work for six months of each year and take six months off, which I did while working for clients when I also managed to go back to Japan for a couple of months throughout the Rugby World Cup! When I heard about the launch of Re:link at Linklaters, I was so pleased. Consultancy work is enormously reliant on the quality of clients you’re working for and I was really privileged as an ex-Linklaters lawyer to have the chance to be among the first to be a part of the scheme. For someone like me, Re:link is an absolute win-win situation – it’s flexible for all sides, provides me with high quality work opportunities, a brilliant support model and I get the chance to learn from the inner workings of various world-class organisations.”

In an ideal world, Hiro would carry on his consultancy work at least until his children have finished their education. And then? “Well, I seem to have acquired a lot of experience, one way or another,” he says. “I would very much like the opportunity to contribute some of it to the charitable sector, perhaps specifically to educational establishments. Giving something back would be so satisfying – another win-win, hopefully!” 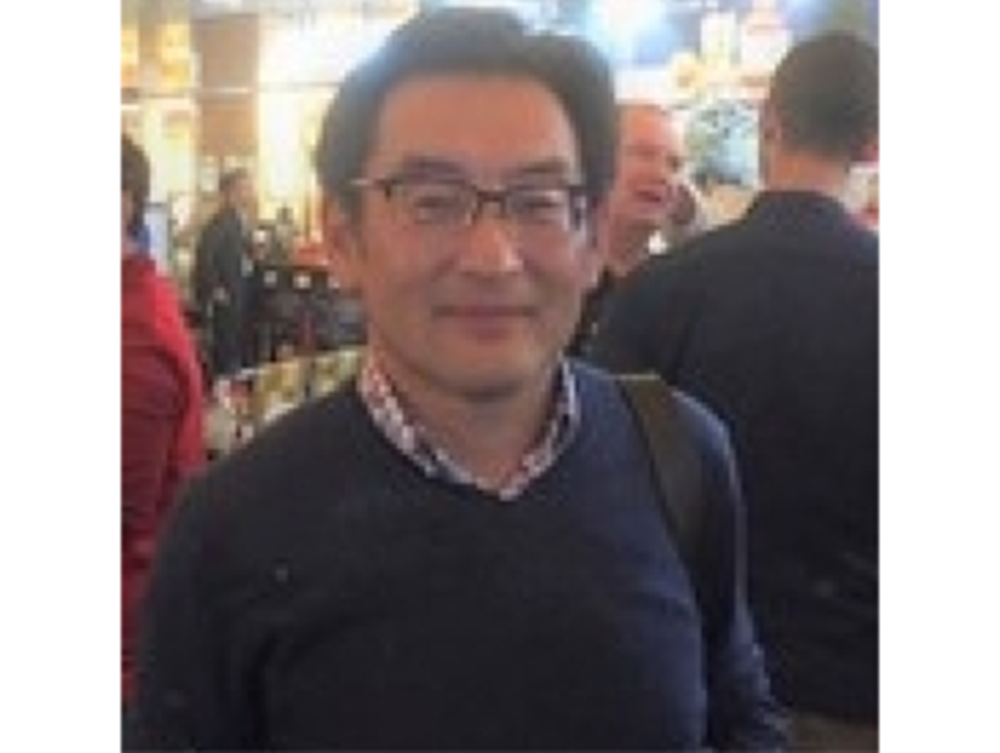